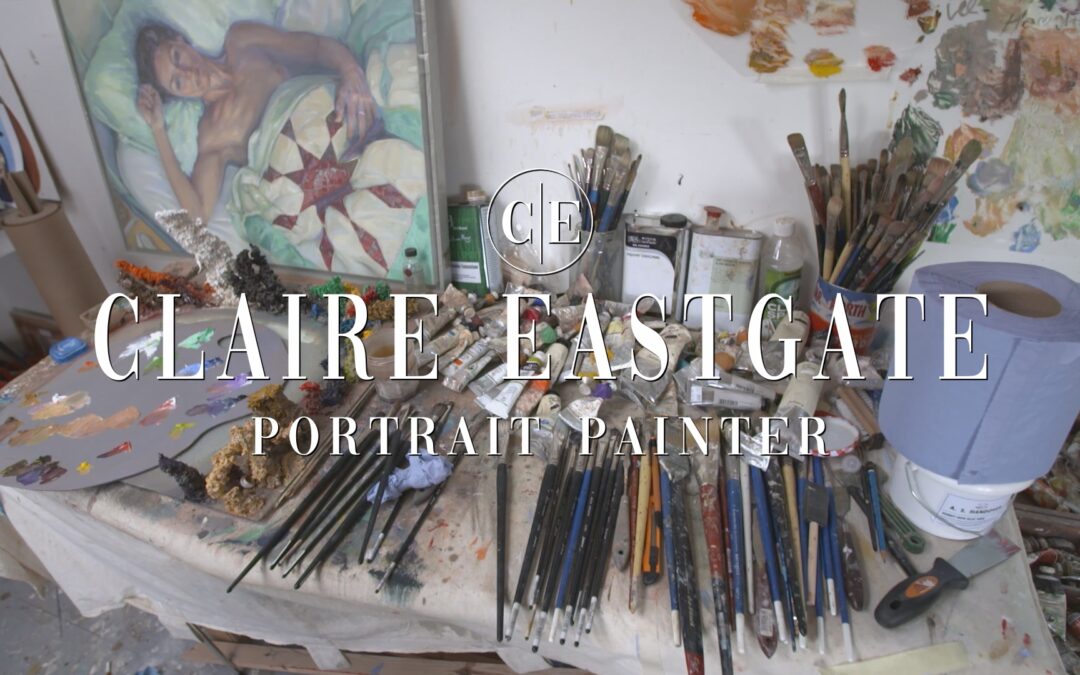 Clae Eastgate is an established portrait painter who exhibits in London and Shropshire and hosts portraiture masterclasses at Cass Art. Noted subjects are Her Majesty the Queen, commissioned by the Kennel Club; and the Poet Laureate, Dame Carol Ann Duffy. In 2017, her double portrait of Carol Ann Duffy and Gillian Clarke, National Poet of Wales, was shortlisted for the BP Award Exhibition and was one of 3 shortlisted for the BP Travel Award at the National Portrait Gallery, which went on to tour the UK.

Filmed over three days in London and Shropshire, we delivered six films in six days including an ASMR special.